Talking About Whiteness and Race; How Do We Share Openly? (#65) 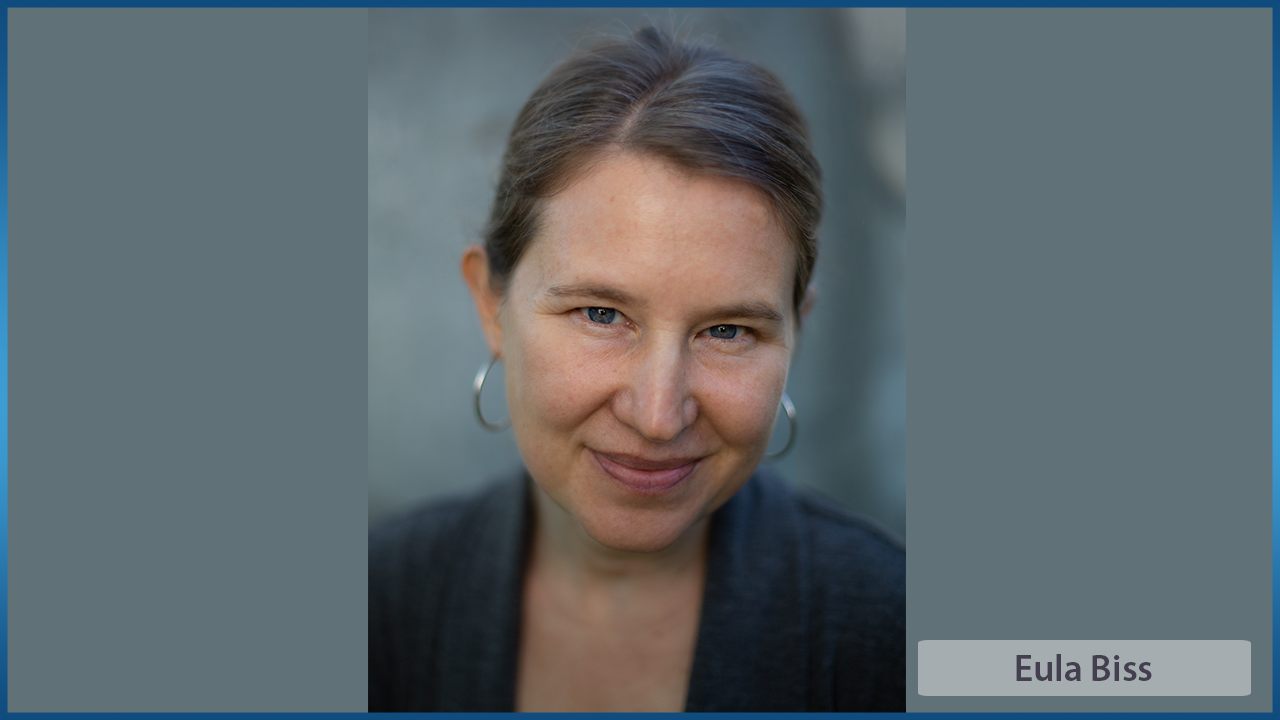 I recently relistened to a podcast episode I heard years ago (first aired January 2017), On Being – Eula Biss, Talking about Whiteness. Again, I found it cathartic and thought provoking.

I’m only 35 years old. You could say I’m very early into my journey as an antiracist.  I’ll briefly share a few ways the podcast touched my heart and opened my mind. 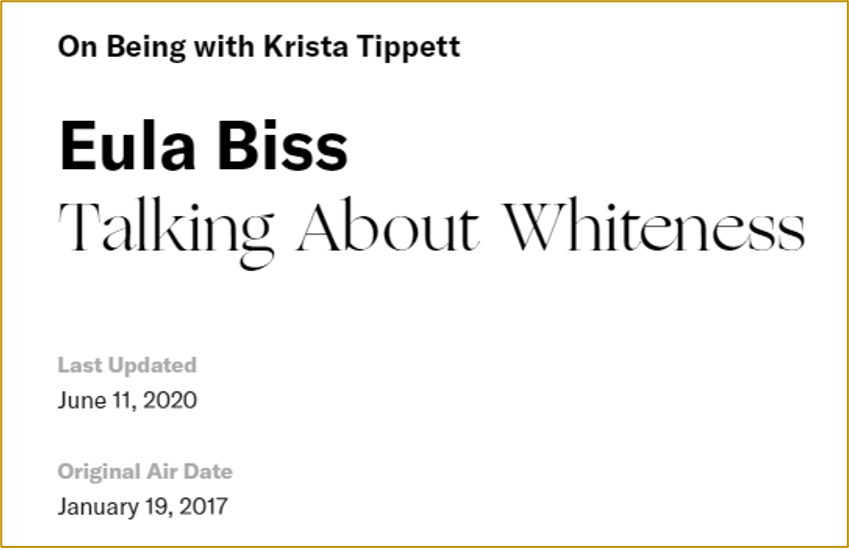 The invisible price of Whiteness

Biss begins to illuminate for me some ways in which I’ve paid a price for being White. The podcast begins with a quote from Biss in her New York Times article, White Debt.

I have often thought that my Whiteness has caused me to feel separate. I have to put forth a significant amount of effort to try to understand so many experiences in America (Black, LatinX, queer, immigrants, to name a few). I feel ill-equipped to understand any experiences other than the White experience above the poverty line.

Beyond my separation, I know I have lost out on so much – but exactly what I’ve lost, I’m not sure. I assume there are friendships, mentors, and other relationships I might have had, if race were not such a defining characteristic in this country. I’ve also lost out on scientific inventions and discoveries, art, music… Any number of areas in which anyone’s voice hasn’t been appreciated is an area where I’ve lost out. When Chad Bosewick died I sobbed like a child; what if I had never known him? How many people of color could be influencing my life in some way had I been given the chance?

I have often marveled at my desire to have “the right words,” and yet, I understand how corrosive that policing can be. Biss took my breath away when she said:

“And a lot of our policing of offensive language — it’s not that that is unimportant, it’s not that people should be allowed to say whatever they want, but I feel that there’s extra energy put into that policing because we aren’t sure how to address the real problems and how to address the kind of systemic racism that happens without anyone ever saying anything that would look to us like racism.”

What I’ve experienced so far, as a budding antiracist in many conversations, is a lot of words being said and then criticized.

There have been times I felt my role as an antiracist was basically word-policing, which seems to be a laughably ironic retort to White people’s tone policing. It’s as if wanting to create change revolves entirely around talking – but rather than talking, we’re policing tone and language.

I myself have corrected people when they said something racist. Sometimes the statement was a stereotype based on a statistical norm. More frequently, it was simply a stereotype which to my knowledge was rooted in a racist belief. 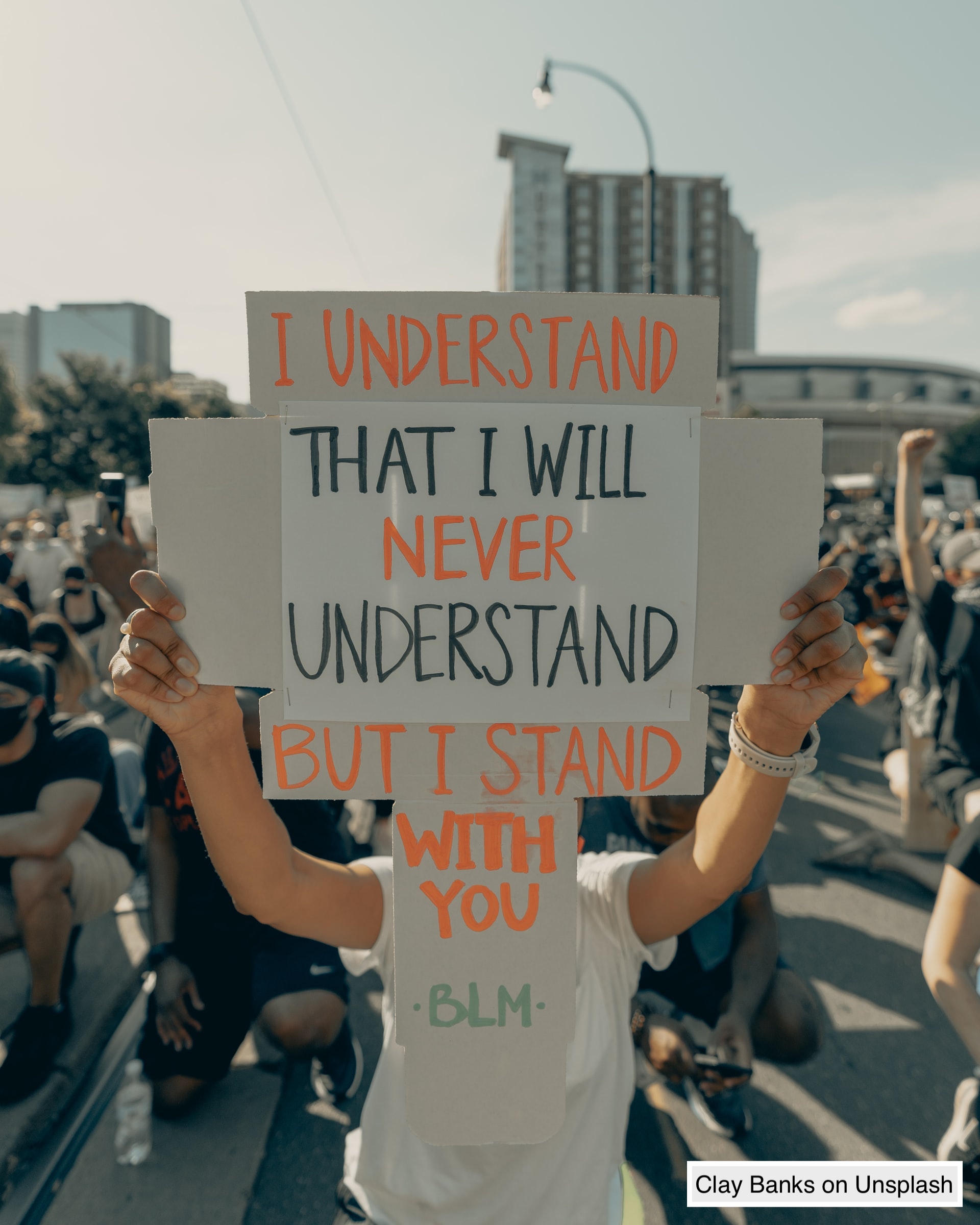 I have told many people about a contract I have with Jean Latting. We have agreed to tell one another when we’ve “stepped in it.” Considering that Jean is an older Black woman and I am a middle-aged White woman, it is almost always Jean educating me and not the other way around. But still, the contract matters. And the education that takes place between the two of us is not limited to race. Our contract is open to everything; ignorance knows no limits.

You can imagine my thrill when Tippett (the host of On Being) discussed a similar relationship agreement:

“I have a friend who’s in her late 70s and she is a professor. She told me a story about in the mid ’60s when civil rights was happening. She had a close friend who was also a colleague, a fellow academic, who was African American, and that they had a pact— or that Pauline had a kind of agreement with her — that she would bounce things off her that she was going to say or write, and say, “Is this racist? Does this work? Is this offensive?”

I [Tippett] love that story because it was self-correction in the context of a relationship. And she was safe enough to ask to be corrected, as opposed to so worried about getting something wrong that she wouldn’t say anything. I feel like we’ve had this illusion here in our 21st century that we’re way past that, right? We should know what the wrong word would be, or what the offensive thought would be, or what the egregious omission would be. And we don’t. I mean, sadly, we should, but we don’t. And I’ve wished — what if we could each have a friendship like that, a safe space where we could err and ask to have it pointed out lovingly so that we could get it right.”

Biss’s response to Tippett’s story harkens back to the invisible price of Whiteness:

This is another way in which I really, really strongly believe that for all the ways that white people benefit materially from racism, that we’re very damaged by it. And I think that this is one of the ways in which we’re damaged. The racist structures of our society cut us off from close friendships with people of color. And that doesn’t mean we don’t have them, but there’s many ways in which we’re alienated from each other. And that’s one of the things we lose, that kind of productive conversation that can move a person’s thinking forward and can expand a person’s — not just their acceptable vocabulary, but also their real understanding.”

Talking is mortifying for White people - and not enough

Biss is a college professor who has written many essays about racism. Towards the end of the interview, she says:

“I think I’m allowing this embarrassment to just wash over me because I still really deeply, fundamentally believe in bumbling your way through a conversation about this subject because I think it is so important. We just cannot be silent on this subject.”

If even she can feel embarrassed and vulnerable while talking about race, then I guess I should never expect to feel comfortable. I should expect to be talking any way.

Of course, it feels good to be a White woman and listen to another, more educated, more eloquent White woman have the same struggles with race and how to be antiracist. I imagine that this podcast episode, this conversation, would be valuable to anyone who is interested in how we talk about race.

Leading Consciously concepts and skills covered in this blog post