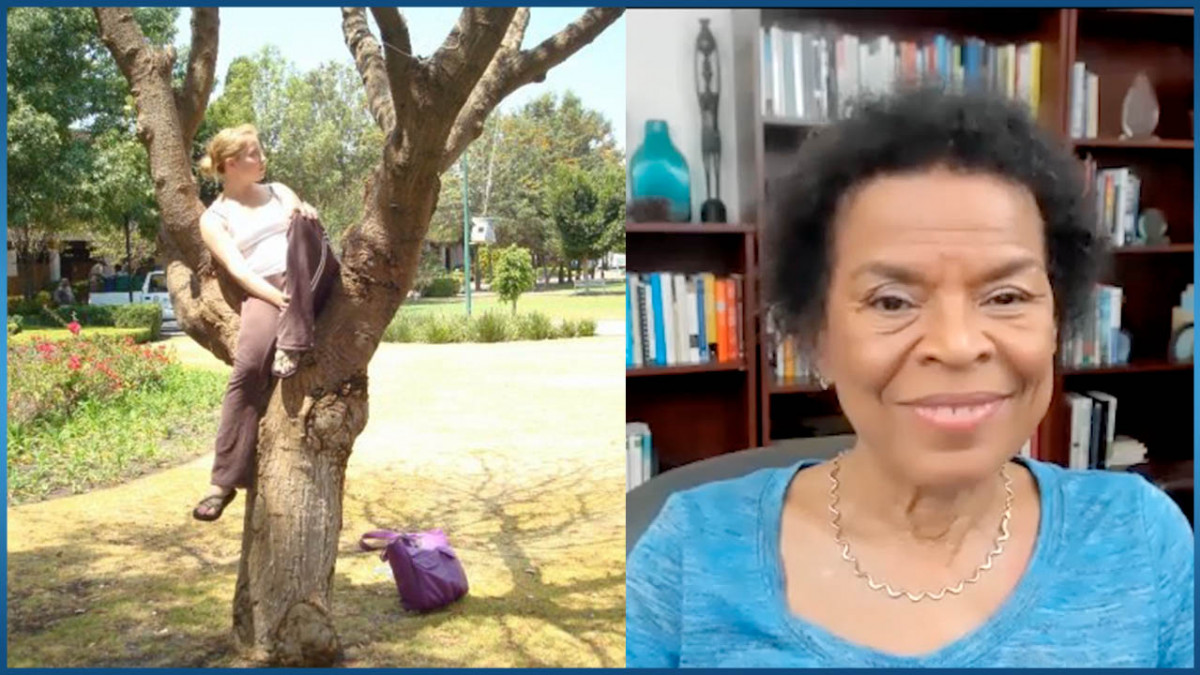 Amy F. Hageman is a young associate of Leading Consciously who has put herself through a public reckoning of what it means to become antiracist from a position of White privilege. In her guest blog on our website, she discusses a public embarrassment that led to her decision to post for 30 days about race.  Her intent was to inspire her White friends into action and to let her Black friends know she loved them.

In this video, she discusses with Jean Latting her journey and insights along the way. Here are some of the highlights. Watch the video or download the transcript to get the full interview.

Jean: What was your reaction to hearing about George Floyd?

Amy: When George Floyd died, and again it was I can't breathe, it just made me feel hopeless in a way that I had never felt before. The knee on the neck was so visceral for me: my grandfather was a hunter. There’s a prominent picture of him with his knee on the neck of a deer. So to see George Floyd so casually pinned down like that…

Amy: In the weeks following George Floyd’s murder, I was seeing a lot of my Black friends on Facebook. And for some reason specifically, I was seeing my female Black friends from high school, saying what's up with the White people.  We're not saying the White people that aren't active. We're saying White people that are active but not saying anything. So I scrambled to write a statement and just post it. I have to do this, so I'm just gonna write it and post it. And unfortunately, wrote this is all I'm going to say on the matter.

Amy: I remember you saying, we need voices, we need more voices and more action. And to some extent, more frequent is better than once perfect. I just had this idea if I really wanted to make this right, I would just write every day for 30 days.

Amy: I wanted to write in honor of Black people, but to a White audience. (19:23) I wanted to write in a way that would bring hope and empowerment to White people that are early in this journey, because it's a rough journey to find out that you're privileged and fragile and there’s no easy answer.

Amy: I was almost caught off guard to realize: all these White people are finally showing up to the table after George Floyd. We're finally here. We're all excited, let's make that happen. And my Black friends were like, listen, we're tired.

Amy: It's really hard to talk about racism for a whole month and not talk about politics. So that's what I've learned is I have to start talking about politics. White people, we've got to step up. And we've got to get involved in politics at every level, because we can't just love one another into social justice. It's not going to happen.