Anatomy of an Apology in a Racially Charged World: What We Can Learn from Amy Porterfield (#9) 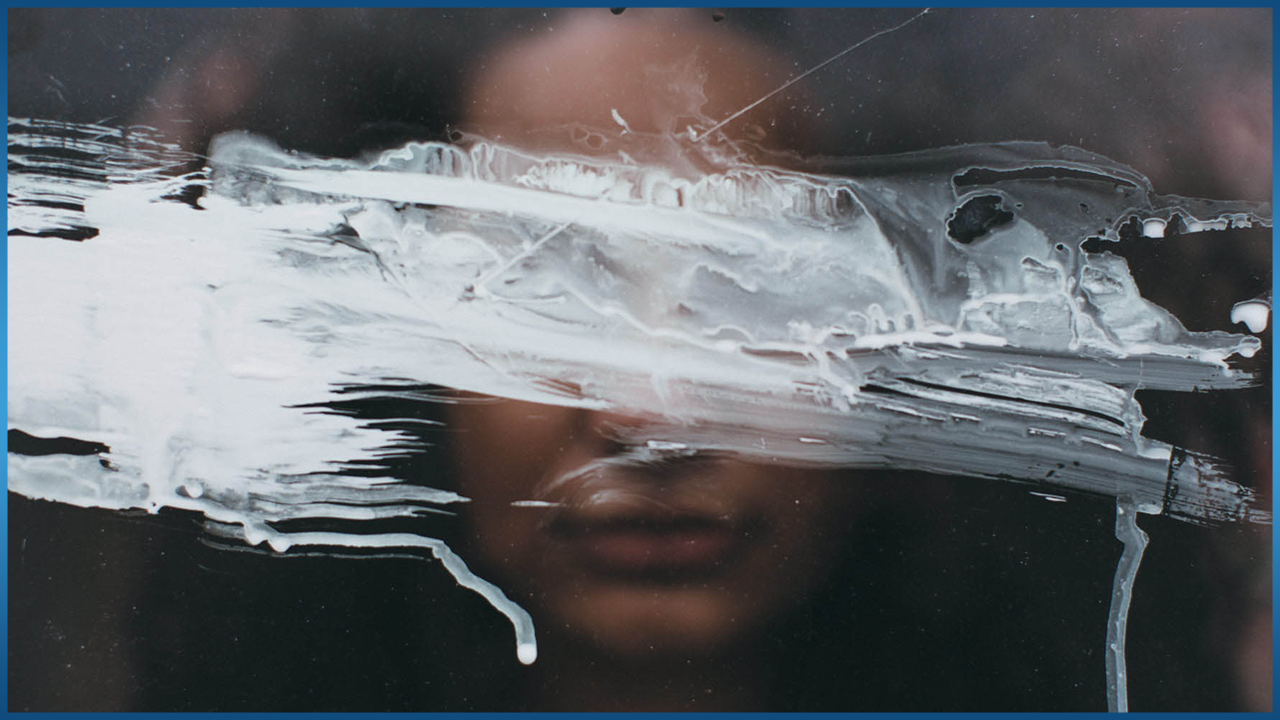 Most White people I know are horrified at the thought of being accused of any iterations of what I call the R-word: racist, racially insensitive, racially naive, exclusionary, oblivious.

What would you do if someone described you with one of those words?

Now up the ante and imagine you have an international reputation and one of your customers or associates told you that you had displayed one of those attitudes.

This happened to Amy Porterfield, an online course marketing guru and top ranked podcaster, designated one of the “top 50 social media power influencers” by Forbes.  According to her website, Amy has a following of 250,000+ people and seven-figure business.

Amy built her business partially on her reputation for being open about the travails of entrepreneurship and consciously using herself to provide the best service she could to her aspiring customers.

And then one day some of her Black customers pointed out that she only had White people her age on her podcast. She subsequently sent a series of emails to her email list about what had happened and what she planned to do.

I was so astonished by how she responded in those emails that I asked if I could excerpt them for this blog. She gave permission and also agreed to be interviewed.

How she handled the situation is the subject of this blog post.

Two weeks after George Floyd's horrific videotaped murder, Amy Porterfield sent an email to her email list declaring, “Business as usual is out the window.”

Stop right there.  My jaw dropped as I tried to fathom what I was reading. To say I was blown away would be an understatement.

Wow. Clear statement of what was wrong.  No need to explain how her intentions were honorable. Just straight-up accountability.

Now I will also freely admit I had definitely noticed her lack of diversity on her podcasts. Every guest was about her age, White, and even somewhat similar in personality. I put aside the lack of diversity as an issue and focused on what she had to offer. Most of my Black friends do the same through habit. We are used to it. We don’t have time to confront every diversity issue we encounter.

But now, with regard to Amy’s podcasts, she is saying that I don’t have to experience an “emotional tax”[2] – that extra mind work of deliberately putting aside her lack of diversity – so I can get what she has to offer in the course. My sense of relief let me know the extent of my emotional tax.

This was a highly skilled email. Part of me is thinking this is surreal. I work with some sophisticated people on D&I issues, yet this level of accountability and respect was beyond what I’m accustomed to.

She described what she would do. First, she planned to feature a podcast on diversity, equity, and inclusion (DE&I). How she planned to position the podcast, however, showed the sophistication of the advice she was receiving and acting on. She declared the podcast would focus on this:

Not many people know what a volatile topic this is and how sensitive Black men and women are to White women.[4]

Second, she committed to “INTENTIONALLY bring new names of Black women to the table” when they discussed podcast topics. She knew by now to look beyond her own community for new thinking.

Last, she made a critical disclaimer:

This acknowledgement is key. Too often, people in power make concessions and when more is expected, they complain, “you want too much.” Amy understands that the changes she will make are only a start.

If you think this description is only about how to get it right in the DE&I arena, think again. In this next set of emails she illustrates how to painfully get it wrong and yet gracefully recoup.

At this point I’m experiencing a resurgence of feelings that have arisen since George Floyd’s death: how permanent are these new commitments – not just with Amy, but with others I have witnessed? Will people maintain their commitment when the pandemic finally lifts? How far will the change go before the national mood shifts to retrenchment. I seesaw between optimism at the change and wariness after centuries of advancement followed by broken promises. I want to believe we are experiencing a fundamental shift.

The next day Amy sent a second email. It had likely been preplanned because she was heralding her course on list-building through repeated emails.

So far, so good. She’s explaining that she is continuing to learn about inclusiveness and that she’s in it for the long haul. She doesn’t have all the answers.

What just happened? It looks like a bait and switch. One minute she’s talking about being an effective change agent and the next she moves into marketing her list-building course. My heart sank.

Now there is nothing wrong with marketing a course. We in Leading Consciously plan to do it this fall when we tell you about our online course on leadership in a multicultural world.

Amy’s mistake was making an inartful connection between the societal transformation toward antiracism and her course on list-building that had nothing to do with it.

This is exactly one of the frequent complaints many Black women have about White women. In the vernacular, too often White women usurp our pain, often beyond their awareness.[2]

The Third Email: A pause and a mystery

Amy had previously announced she would hold a special Facebook live event introducing her list building course. Unexpectedly, she sent a very short email saying she was canceling the event and would explain why later after she gathered her thoughts.

The Fourth Email: A second apology

The apology in her first email was powerful. In this, her fourth email, she hits a homerun. Here she declares that she understands where she went wrong and provides evidence to show that she really does get it.

So often people will declare “I understand,” and then get angry if you ask them for evidence. Amy didn’t fall into that trap. She knew the proof was on her to demonstrate understanding and she forthrightly provided it.

Briefly, but clearly, she explains that she is not in a position to connect the Black Lives Matter movement to her work. She even added the extra touch of thanking those who pointed out her mistake.

She ended this email by declaring that even though she had made this error she was not giving up on her commitment and that she would share what she was learning “even when I get it wrong.” And last she acknowledged it is not a one and done, it’s a “forever journey” and she is in it for the long haul.

What can we learn from Amy’s experience?

First, she displayed remarkable courage in acknowledging her mistakes at the risk of public shaming. Her personal integrity and sense of obligation to her readers overrode the risk she faced in publicly acknowledging her insensitivity, however inadvertent.

Robin DeAngelis’s book on White Fragility[5] has made the bestseller list because its message has touched a nerve. “White women’s tears” has become a meme because when confronted with their racially insensitive behavior, too often some White women have burst into tears with the result that they garner sympathy and escape accountability.

Since DeAngelis’s book came out, I have seen a change already – organizations updating their approaches to diversity and inclusion. White men and women more freely acknowledging their uncertainty and willingness to learn. Black people speaking up more frequently when we encounter insensitivities.  I wrote about revelations about personal friends of mine in a previous blog.

This is uncertain terrain. Guilt. Anger. Sadness. Hope. Protests. Pandemic. None of us have the answers.

Yet in the middle of this turmoil, Amy showed the antithesis of White fragility – courage in the face of news that contradicted her own self-image. When confronted with her own insensitivity, she instead went public, apologized, and set about making amends so that she would not fall into the same pitfall again. This is conscious use of self in action, deliberately using her mind, body, and emotions to facilitate positive interactions and influence with others. She is aware of and taking responsibility for how she shows up to others.

Amy braved that difficult terrain by demonstrating the anatomy of a successful apology:[6]

Now I don’t know what Amy went through to get to this point. We will find out because she has agreed to be interviewed. What we do know is that whatever emotional upset she went through, she pulled herself out of it and turned to face the reality.

I’ve never had to apologize to 250,000 people. Hopefully if and when my turn comes, I’ll be as up to the task. 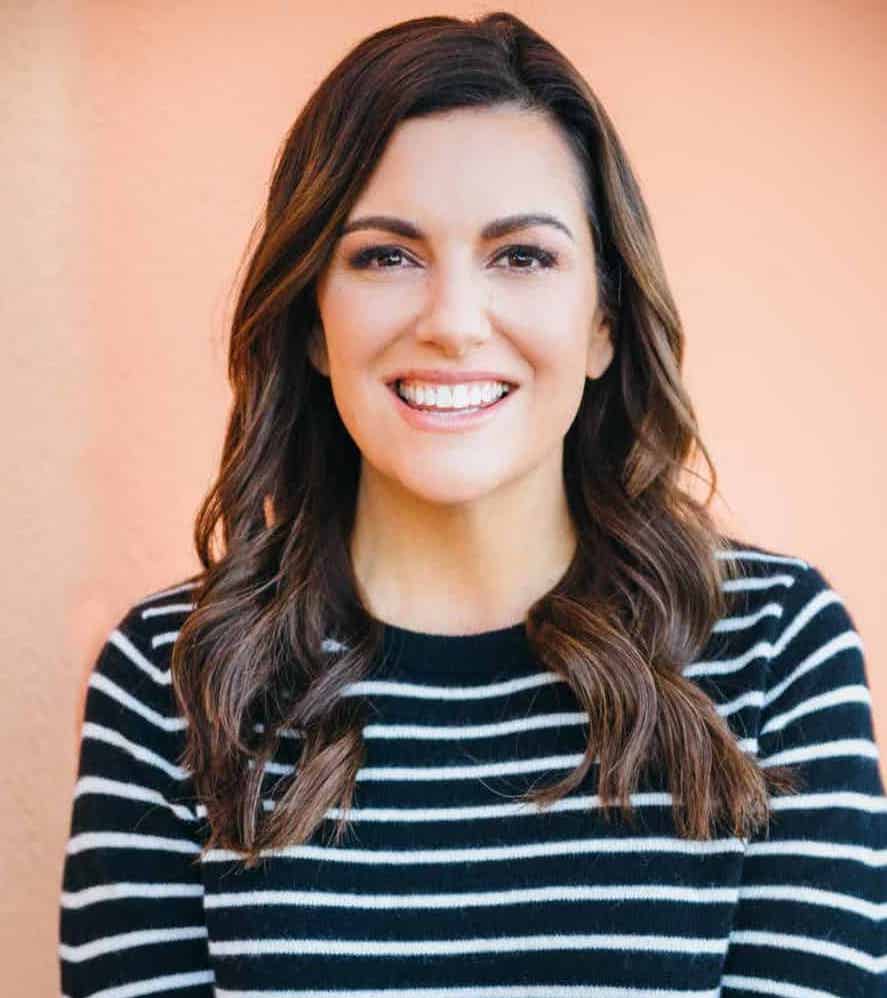 I encourage you to share your journey in the comments. We’re all learners here.

[3] Roberson, Q. M. (2019). Diversity in the Workplace: A Review, Synthesis, and Future Research Agenda. Annual Review of Organizational Psychology and Organizational Behavior, 6(1), 69-88; Goldberg, C. B. (2005). Relational Demography and Similarity-Attraction in Interview Assessments and Subsequent Offer Decisions: Are we Missing Something? Group & Organization Management, 30(6), 597-624.