Don't Just Sit There, Part 2:
Initiate the Change You Want to See (#7) 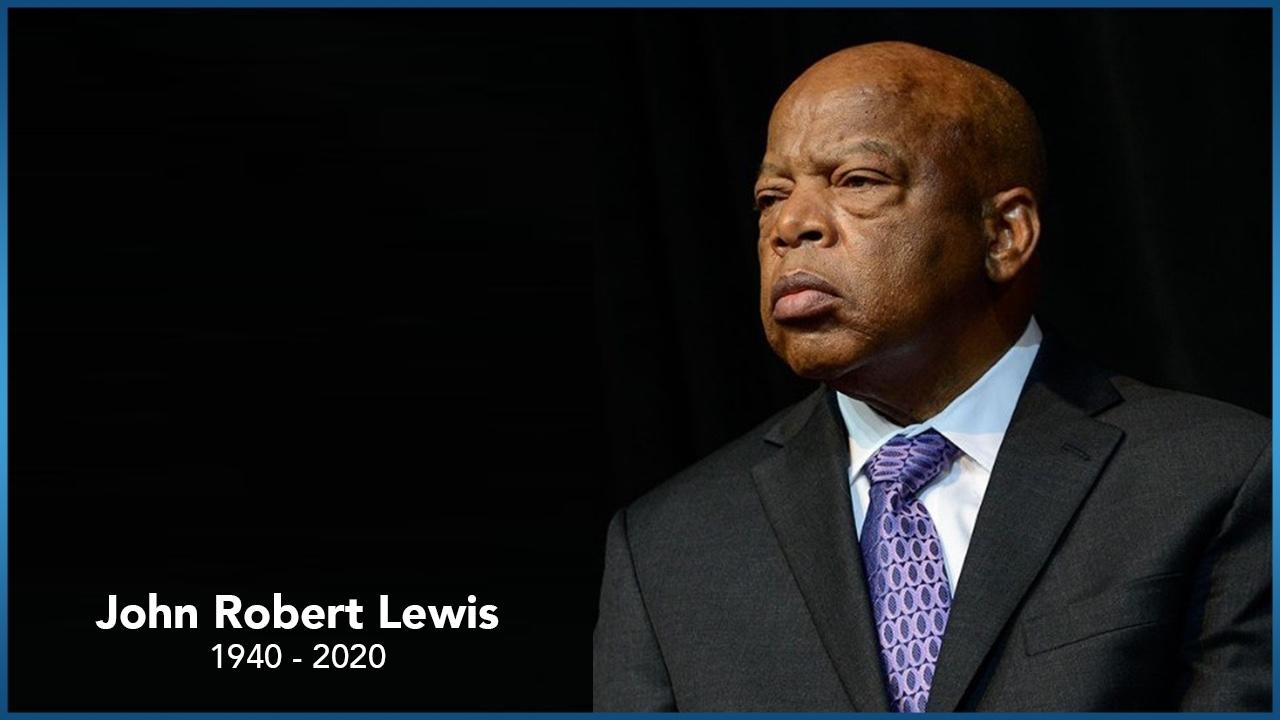 Guest blog:  Representative John Lewis put his body and reputation on the line over and over again.  We could learn from him.

Would you like to see something changed in your community or organization?  If so, do you know what it takes to get started? This week’s guest blogger is Carole Marmell, a long-time friend and colleague. In the spirit of Representative Lewis and the multitudes of others before him, she joined a small band of committed citizens to take down Confederate monuments in their hometown. Carole’s story takes you into the heart of initiating change, one of the six Leading Consciously skillsets.       -  JKL

As a new resident of Bastrop County in 2015, I was horrified to see these relics of the Lost Cause on government property, but new enough to worry about taking a public stand. All I could think to do was join the local NAACP to lend support. As the only White member, I had some concerns about being accepted (just the opposite) or of retaliation from the community (none to date). I had no expectations of having any impact, but my conscience wouldn’t let me sit this one out.

Over the years, several attempts were made to consider moving these monuments. Each attempt was met with vitriol. They remained, as local Blacks reported, a stab in their heart every time they had business at the Courthouse.

Then George Floyd happened. People who were staying strictly at home became enraged at the continued presence of these divisive symbols of White supremacy. Almost overnight, a grassroots movement emerged, led by Cheryl Lee, a local Black woman. Cheryl is a longtime resident of Bastrop and a 1989 graduate of Bastrop High School. She serves as Chief Union Steward at Communications Workers of America, and is an employee of AT&T. 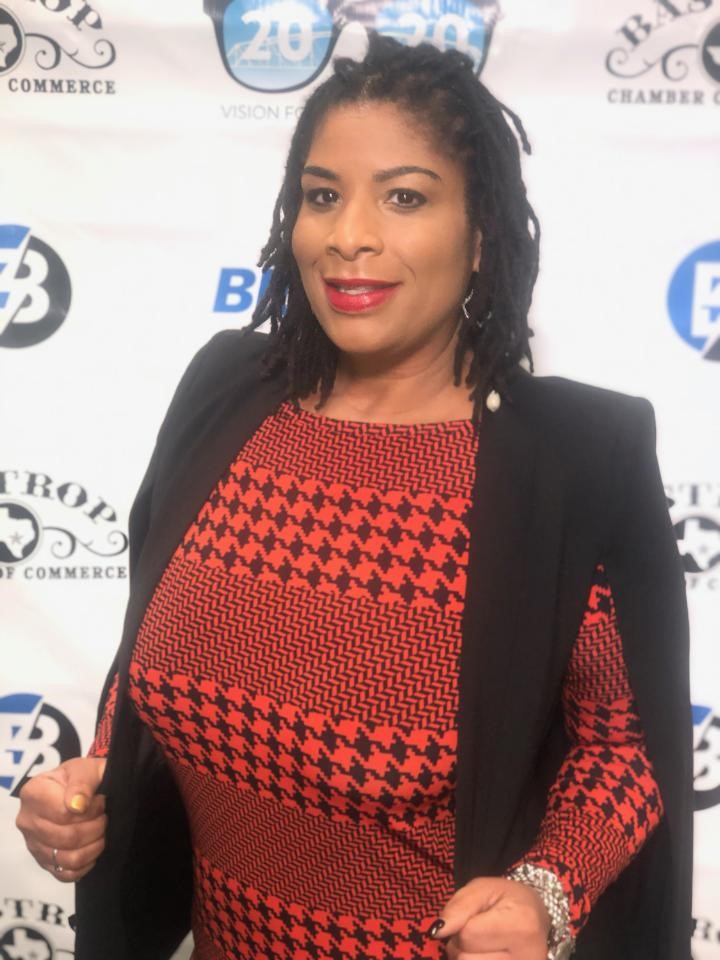 I explained to Cheryl that I was writing this blog and asked for a statement about what motivated her.  Her words:

How was all this accomplished so quickly?

Cheryl and other group members were all over social media, submitting a petition on change.org, blanketing local news, button-holing an extensive network of personal connections, and bringing in local activist groups (Bastrop County Democratic Party, Bastrop County Indivisible, Elgin NAACP, Black Lives Matter, De-Confederate Austin). Thousands of names were added to the petition. The first rally in Bastrop drew a handful of people; the second brought in many more, including several armed residents who opposed removal.

As recently as three months prior, County Judge Paul Pape wasn’t interested in even discussing anything to do with the monuments. This time he was blanketed with rallies, speeches, and petitions, until he finally agreed to call a special session of Commissioners Court on July 7. Not to take a vote, but simply to hear the community. And hear them he did.

Despite the personal risk of gathering in a group during a pandemic, about 100 of us attended the session in person (COVID restrictions firmly in place), and others online via WebEx.  55 speakers were allotted two minutes each; six prominent locals were given 10 minutes each. Most were in favor of moving the monuments, with others vehemently opposed.

I spoke as a Jew; Germany has no statues glorifying Hitler or any part of the Third Reich. Had anyone erected a monument with a swastika, I would have done everything in my power to tear it down.

What is the price of speaking out?

Did I have any apprehensions about speaking publicly? Others might, but not I.  I’m on the other end of the spectrum: I talk too much already. Also I had my allies all around me, cheering me on.

Did I worry about being identified and harassed? Yes; my name is out there if anyone wants to look. Allies who are better known have been the object of death threats and menacing behaviors. I still have concerns. 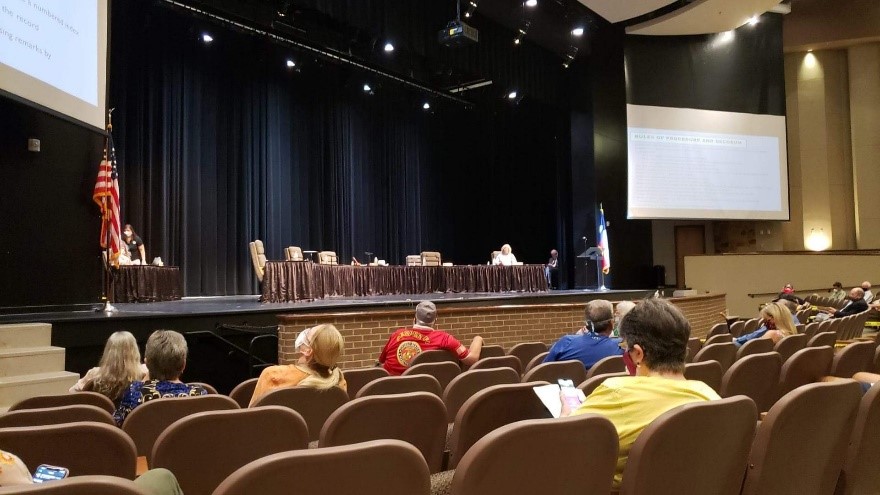 What was the result?

On July 13, the Court met in regular session. In a seven-minute speech, Judge Pape asserted that the purpose of the monuments was to change history and deny the brutality of slavery. He heard all the pain. He expressed his wish to make Bastrop County a safe and just place for everyone. As reported in the Austin American-Statesman: “In a surprising about-face, Bastrop County Judge Paul Pape unequivocally declared his newfound resolve Monday morning to remove two Confederate monuments from the courthouse grounds — even if it costs him his political career.” [2]

We were stunned. This is a man with little to gain and much to lose over this decision.

What changed his mind? For one thing, he researched news reports from 1910 when the monuments were put up. From the newspaper reports at the time: The speakers “voicing their love of the South and her Institutions” and “where else but in our white souled Southland…”[3]

It was clear to the Judge that the United Daughters of the Confederacy had an agenda: to change the narrative of the Civil War, create a new one of heroism and honor, and downplay their support for slavery.

He said, “We are not rewriting history by moving these Confederate monuments from the courthouse yard. We are righting a wrong of history. The Ku Klux Klan and the United Daughters of the Confederacy, one through violence and the other through influence and education, changed the defeat of the South in the war into victory over those of the Negro race.  They lobbied local governments all over the South to allow these memorials to promote their view of the past.” [4]

I confess we had little expectation of success, simply because this is such a conservative area. Even though the county voted against secession, the Confederate identity remains strong. We are not quite done; the commissioners still have to vote. We’re overwhelming them with emails and calls, to counter all the emails and calls in favor of keeping the monuments in place. We don’t know what political price the Judge will pay for this act of conscience; I hope it’s worth it to him.

What can one person do?

What amplified my one voice was connecting with others who felt as I did. I met members of the Black community. I joined local groups, and action groups, and Facebook groups. I went to rallies. We became a substantial force.

We are ecstatic. And now we have an indefatigable leader and a group of determined people who will be there when other battles need to be fought.

This is how change happens, step by step.

First we had the “burning platform”: a moment in history. George Floyd’s tragic, callous death galvanized the nation – and us. Add to this a pandemic in which people had time to think and plan to take action.

Second, we had the good fortune of having a determined leader with organizing experience. Highly charismatic, she had a history of deciding that a change would occur and then pulling people together to make it happen. Experience comes from doing it the first time. Cheryl learned what to do simply by stepping out and doing it. So can you. So can I. So can we all the next time we hear the call.

Third, we had strong grassroots support and extensive outreach via media. Cheryl and others made extensive use of various platforms – social media, local news, petitions.  They didn’t rely on just one approach and sit still.  Instead, they launched a bombardment to demonstrate widespread support.

Last, what did I do?  I’ll be the first to say my contribution was small, one voice; others did the heavy lifting. But I was there. Joining the NAACP meant stepping outside of my comfort zone and risking rejection. Speaking at the Courthouse meant public exposure and possible further rejection or even retaliation. We all have to decide on which side of justice we want to stand. Doing nothing was not an option for me.

What did I learn?  In the words of Representative Lewis, “When you see something that is not right, not fair, not just, you have to speak up. You have to do something." We can use our voice to initiate change. Show up. Step by step.

This week’s blog is by Carole Marmell, LMSW-IPR. Carole is a 5-year resident of Bastrop County and a 1993 graduate of the Graduate College of Social Work at the University of Houston.  She is Leading Consciously’s Content Editor. 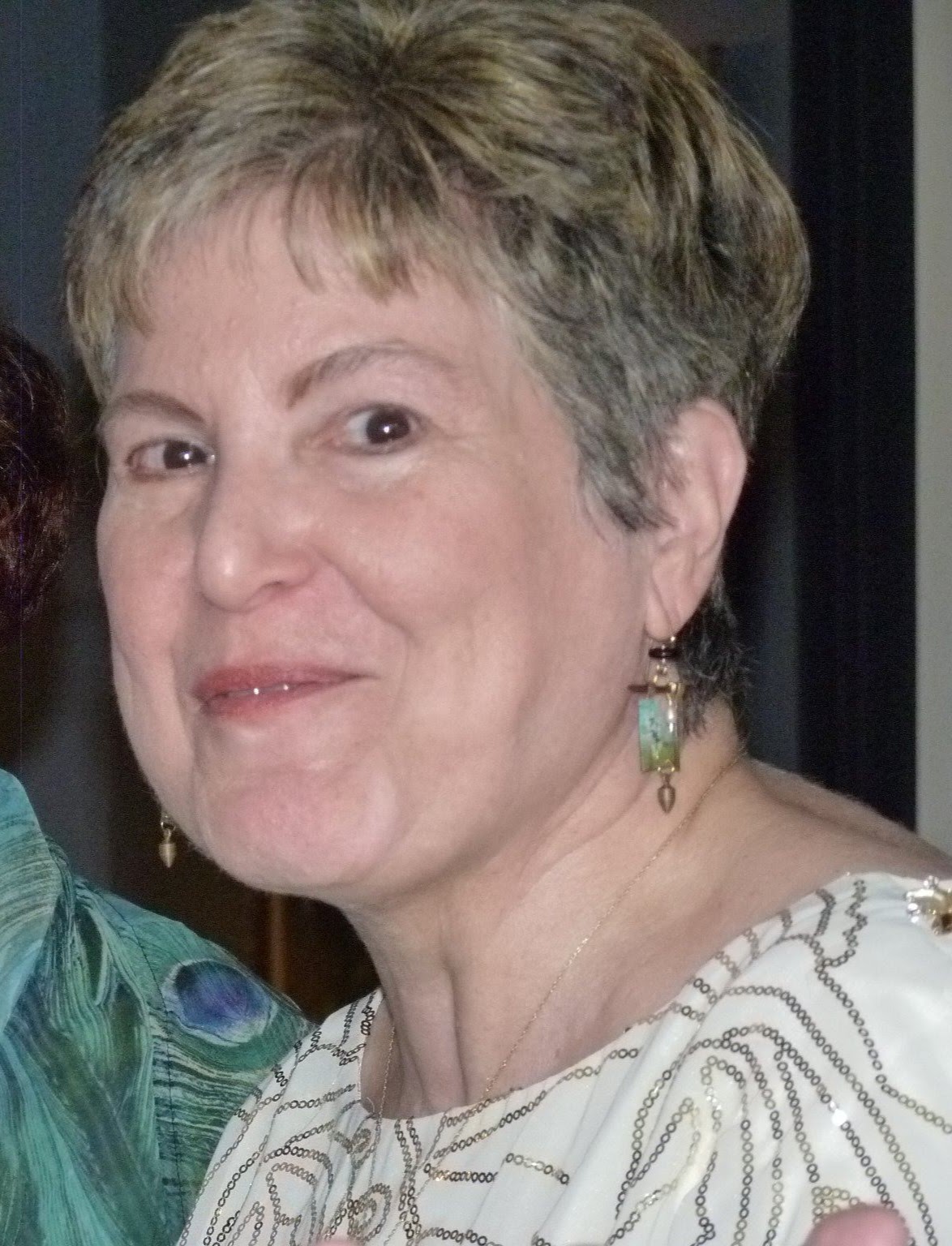